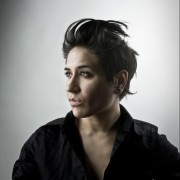 …there were few examples of any real attempt to integrate art and technology at most of the schools we visited. I found one stunning exception…Liz

In Cyril Stanley Smith’s Art, Technology and Science: Notes on their Historical Interaction he writes:

“It is misleading to divide human actions into ‘art’, ‘science,’ or ‘technology,’ for the artist has something of the scientist in him, and the engineer of both, and the very meaning of these varies with time so that analysis can easily degenerate into semantics.” He nevertheless asserts: “…the study of interplay among these is not only interesting but is necessary for suggesting routes out of our present social confusion”
(Smith 1970: 493).

How has the technological evolution of arts education affected art programs outside of the US, specifically in European countries with a rich history in traditional arts?

In the United States, institutions for higher learning face a complex set of challenges and responsibilities in the evolution and inclusion of technology based arts. One challenge is the massive budget cuts to the National Endowment for the Humanities. (Tworek, The Atlantic, Print.) Due to budget cuts there has been an increase in demands for interdisciplinary studies in higher education.  “Interdisciplinary thinking—studies which combine two or more fields in different academic and professional disciplines—is rapidly becoming an integral feature of research” (Fellner, Web). Additionally, research universities such as Massachusetts Institute of Technology (MIT) and Virginia Polytechnic Institute and State University (Virginia Tech), have developed Creative Technology degrees with the intent to foster interdisciplinary connections between the creative arts and the STEM (Science Technology Engineering Mathematics) fields. Consequently, many schools in the US have been doing away with more traditional and processed-based art programs for ones with more emphasis on technology.

As a student of one of the aforementioned Masters’ of Fine Arts (MFA) programs, and a privileged attendee of the Global Perspectives Program there were three inquires I was most curious about. First, I was curious to learn about the trend towards integrating interdisciplinary programs also evident within European universities, especially in Switzerland (where funding for education is subsidized)? Second, where there notable differences in universities with art and technology programs verses the United States and finally, how were the traditional and indigenous methods of art making be regarded?

After visiting a variety of universities across Switzerland, Italy and one in France, I was able to fully comprehend the nuances of the European education system, especially pertaining to the STEM fields. There are two tracks STEM students can take, one for the applied sciences and the other a more traditional academic approach. So by default, the institutional infrastructure of the two-track system combined with the physical layout of the universities did not easily facilitate or enable communication between disciplines. This felt very different from my experience as a student with a Bachlor of Fine Arts degree from a liberal arts college, or even my current experience as an MFA candidate at a research one university. Because of this, I found that the only arts integration or interdisciplinary connection between art and technology was going to be found on the applied science side.

As one might expect, the applied science track universities, facilitated an infrastructure and a ethos more conducive for interdisciplinary collaborations. However, there were few examples of any real attempt to integrate art and technology at most of the schools we visited. I found one stunning exception, which, upon reflection helped me see a true difference in the educational systems of Europe compared to the US.

The University of Applied Sciences and Arts in Northwestern Switzerland (FHNW) was the perfect example of an institution with a truly interdisciplinary approach to art and technology. The physical layout of the school was inspiring and showed clear intentions and purpose. FHNW was strategically designed as a structure to facilitate interdisciplinary pedagogical collaboration, and not the other way around. The institute of Experimental Design within the school “develops and carries out fundamental, practice-oriented research projects at the converging point between design, media arts, science and technology.” (FHNW, 2016 Web). Here was an infrastructure and a facility built to enable communication and collaboration between artists and technologists, the practitioners of applied sciences.

In addition to supporting research for innovation, the traditional and processed-based or indigenous methods for art making are also incorporated into the curricula and are regarded as the fundamental tools needed to promote innovation. This point is emphasized in the institutions description; “The research culture fostered at the institute complements a explorative designedly and experimental approach with a strong historico-theoretical foundation. In the individual projects as well as in the Critical Media Lab, combinations and reconfigurations of scientific and artistic forms of working, thinking and expressing are investigated and probed in diverse ways.” (FHNW, 2016 Web).

While I only had the benefit of experiencing one school of this model, one felt enough. In fact, I feel even if this was the only university in all of Europe like this, it was top caliber contemporary pedagogically at play. FHNW is an institution build and modeled for a true interdisciplinary experience that promotes the constructive values of exploration and innovation.